Join us for Byron Yoga Teacher Trainings, Workshops and Retreats and be certified in both 200 and 300 hr subjects. Affordable, personalised, daily asana, meditation, philosophy. इष्टम् ISHTAM is Orthodox Yoga, combining classical knowledge and teaching methodologies with the best of modern yoga, yoga therapy, anatomy and ayurveda. The word इष्टम् ISHTAM describes oneness with your most desired and most beloved. When all practice disappears and you are left with your Self.

I’m not one to talk I’ve never experienced shattering violence, rape or abuse so I could never stand in the shoes of a victim. But I am deeply horrified and affected by what the Royal Commission into Institutional Responses to Child Sexual Abuse  has revealed about the true nature of one of our most respected and revered Yoga institutions. Terms like cult leader, sexual deviant, pedophile, rapist and more are words I would have never expected to hear about a Guru whose practices have spawned a generation of devout and learned yogis. Like many; photos of Satyananda adorned my altar, Bihar school books lined my shelves and my own practices of mantra and yantra and my beliefs about the nature of the yogic experience were influenced by what I had read and practiced. Now it seems everything is up for grabs and long time devotees are shunning their names and questioning the very nature of their own experiences as yoga practitioners. Satyananda yoga is on trial and the verdict doesn’t look good.

Over the years in small ways I have placed my faith in teachers and ideologies and have had to face the cold hard truth. Something out there can’t save me and certainly not someone who claims that the answers lie in the practices and pure devotion to the Guru. A wise friend once shared,“If someone says you can only come to the truth through me, run a mile.” That’s why when I was a kid and the Jehovah’s witnesses came to my door I’d curl up in a ball and pray I’d never fall under their spell. The idea of any kind of conversion scares the shit out of me.

A few years ago a respected tantric teacher invited me to be her student. She gave me a good serve of what was not quite right with my behaviour. I was full of fear and misgiving and living in a fantasy world and taking initiation through her would be a step in the right direction. I was quite moved that she had singled me out to be her student but at the same time I heard warning bells. Respectfully I declined her offer and ironically she never replied.

I did get caught up in a cult of two so to speak when I fell madly in love with a yogi who was fascinated with Shakti ( energy) and how to explore liberation through sacred sexuality. This guy had a power over me which appeared to reach deep into my soul. I could literally feel his feelings and hear his words in my head even when we were miles apart. But how did I know it wasn’t all in my head? I wanted to believe in him and in us so badly I ignored all the signs. It wasn’t until I consummated our affair that the penny dropped. He was just a normal guy who wanted to get his rocks off.

It seems everywhere you look people are being abused, gurus are being exposed, teachers are found fallible. Some teachers with smaller followings write long winded apologies, promising to curtail their personal sexual habits, while others have died long before exposure. Focussing on the teachers and their behaviour can’t ameliorate the long time suffering of the victims and how can a public apology ever heal the very private scars of those individuals who had no choice but to acquiesce.

It’s a difficult situation. Those who think they know pontificate on spiritual platforms using  phrases like, “its all karma baby” or try to justify the actions of their beloved Guru’s. Trying to placate the situation and preserve the tradition only makes things worse for the victims. It’s like trying to keep the lid on a pressure cooker. It doesn’t work.

Personally I feel it will take time for the whole yoga community to come to terms with this blow. Students will be more scrupulous, questioning the true meaning of yoga. We will still want teachers only the quality, background and benchmarks of the teacher will be as important as the tradition they represent. Blind faith will be a thing of the past. 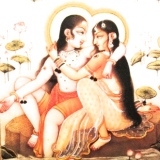 Issues of Sex and power it seems are a current topic. In the hit series “ Masters of Sex”, which explores the lives of scientific pioneers Masters and Johnson it’s an eye opener to see how ignorant we used to be about what the body felt and experienced during sex. In the 1950’s there was no sexual freedom and women were treated very differently to how we expect to be treated today.

It’s shocking to think that with all we have learned about our bodies that people in positions of power still can and do take advantage of their students. It shows the fragile nature of our minds, how much we long to know and understand who we are and how some of us are unsure or afraid to come forward when that sincerity is abused. 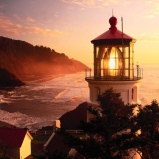 It’s been hard to peruse the Facebook groups specific to the Royal Commission case and hear first hand the very real anguish of the survivors. It’s a place for people to encourage each other to open the wound so it can heal. A comment was made by someone about the leeches that line the paths at the Mangrove Mountain Ashram. “Has anyone noticed the leeches on the Ashram, the way they eat away at your ankles, feet, legs sucking your life blood. Seems to me this was natures/creations warning, anyone joining the project would have their life eaten leeched away.”

The funny thing about leeches is you don’t feel them until its too late. Their first bite anaesthetises you. To me it’s a very real symbol for any so called “spiritual movement” that promises enlightenment. We get drawn in and by the time we’ve cottoned on to what’s really going on it’s too late. Some of us still can’t believe it, refuse too even when the truth is staring us in the face.

As some people have shared on the site “denial” is not a river in North Africa. It’s a very real phenomenon that protects us from facing reality and accepting our pain. I for one am so grateful all this has come out. However painful the truth is lies and coverups are worse. They go against the very core tenets of Yoga reflected in the Yamas and Niyamas. Once the Truth is bared everyone can move forward. To me that’s what I have always loved about life. It’s relentless roll into the new.